LiDAR - What in the Self-driving Robot Is it?

Light detection and ranging technologies aren’t new, they have been around since the 1960s. LiDAR works similar to radar, only instead of emitting radio waves, it outputs laser beams that are used to measure and detect objects in the sensor’s surrounding environment. LiDAR’s 3D Sensor outputs a set of point clouds; each one having a 3-dimensional coordinate that correlates to a different data point captured by the sensor. For non-techies (like myself) this equates to a range of new and meaningful data points that computers can use to make "informed" decisions.

SPAC IPOs have helped drive public knowledge of LiDAR, with multiple industry leaders opting to use the SPAC trend to go public in the US. While Velodyne Lidar Inc (VLDR:NASDAQ) and Luminar Technologies (NASDAQ: LAZR) famously went public last year, many other industry players like Ouster, Aeye, AEVA have announced upcoming SPACs, to name a few. An excellent book to understand the timing behind mobility tech and LiDAR’s SPAC trend is “The Future is Faster than we think: How Converging Technologies Business, Industries, and Our Lives'' by Peter Diamandis and Steve Kotler.

From Uber Elevate’s mission (or recently announced Joby SPAC) to several autonomous vehicle predictions, the book explains why autonomous technology is rapidly and exponentially advancing. The book helps justify several of the evaluations that have helped to breed unicorns from major LiDAR manufacturers the past year. However, there are several miscalculated predictions such as the ability to automate vehicles by 2021, which is still not achieved at full autonomy by ANY OEMs or Tesla (*quantified by level 4/5 Autonomy). For reference of full automated vehicle classifications, see the table below. 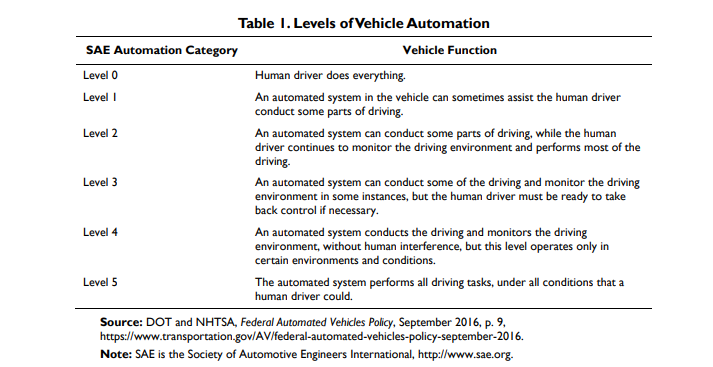 If you’ve attended the LiDAR 101 Clubhouse room, or you’re a Tesla fan, you’ve probably heard that Elon Musk isn’t a LiDAR fan. And that's okay because LiDAR isn’t just for autonomous vehicles. This doesn't mean that Tesla shouldn’t consider “sensor fusion”- read on for more on this topic, but everyone pursuing automation should consider utilizing LiDAR technologies, and with good reason.

To understand why Musk isn't a LiDAR fan, we have to look back to the start of the autonomous vehicle pursuit. Ten years ago, LiDAR was significantly more expensive and the cost associated may have presented a significant barrier to companies pursuing autonomous vehicles.

Looking at the LiDAR market today, the technology has significantly dropped in price, enabling mass adoption in tandem with affordability. There are US manufacturers with sensors as cheap as $800 and have announced launching LiDAR sensors as cheap as $100. This is a stark contrast from the average cost of LiDAR per sensor ten years ago when Musk famously formed his contentions against LiDAR.

For a company seeking to achieve automation, it's pretty easy to understand the cost-benefit analysis for achieving automation with 2021’s range of LiDAR technology which starts at $100 per sensor, and not $5,000. Exacerbated by the pandemic, the ability to achieve automation will help companies eliminate the risks and time associated with manual human processes and human error, saving millions of dollars in time and resources. Even if you aren’t a LiDAR fan, it has been deemed a no-brainer by many futurists (and even Tesla owners) that have joined the panel discussions on Clubhouse.

LiDAR has become an increasingly affordable technology, enabling mass adoption for a range of industries in the heat of the automation revolution. As a result, conceiving LiDAR as merely a tool for self-driving cars is a very narrow view of a growing market. I believe as LiDAR becomes more accessible in price and use cases expand, it will emerge as the key technology to achieve automation.

Our panel continuously revisits how LiDAR is influencing the future of Smart Cities, but what exactly is a Smart City? A Smart City can have infinite use cases, so the panel sought back-up from Smart City Hub and IBM  to qualify a “Smart-er” City as one that successfully integrates three ‘I’s: instrumented, interconnected, and intelligent:

LiDAR is shaping Smart Cities with smarter intersection management to inform traffic patterns, pedestrian patterns, and even help enforce social distance policies. In LiDAR 101, we’ve discussed how LiDAR is shaping several initiatives, from Vision Zero Policy to faster emergency response times, with a common consensus: more data, means more informed decisions. However, in the age of information it isn't just what is already known, but being able to be a truly intelligent city depends on how quickly information can be received, learned and applied. 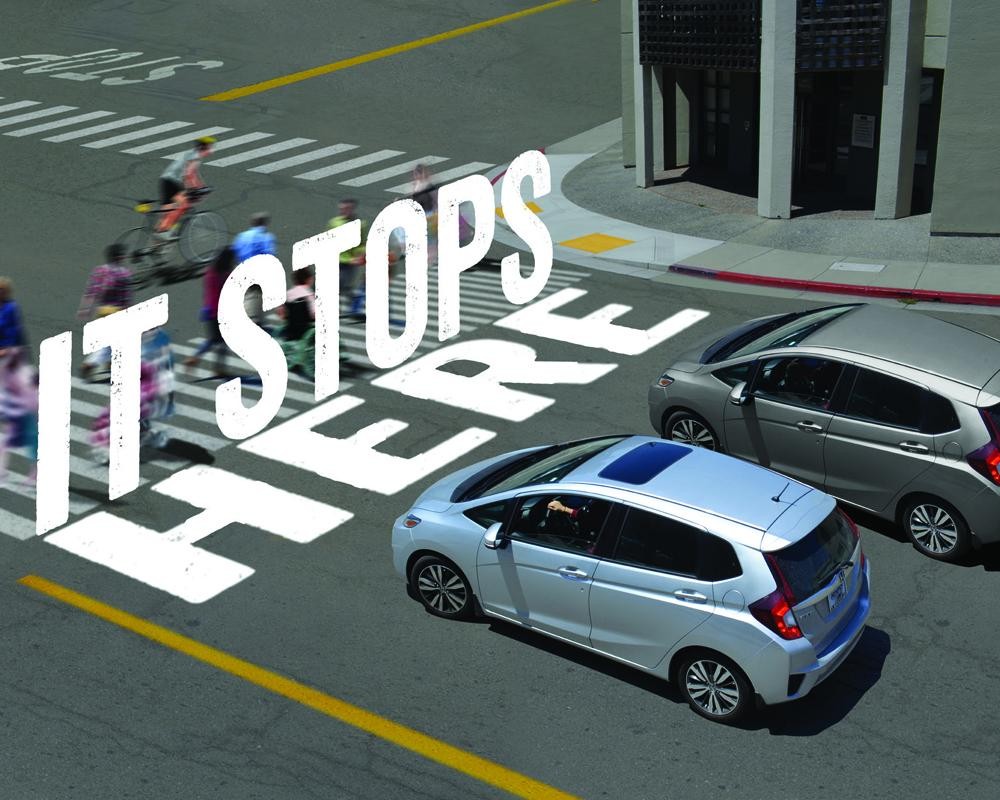 Vision Zero is an initiative to eliminate all fatalities and serious injuries from road traffic crashes while increasing safe and equitable mobility for all. In 2015, the United States’ Department of Transportation announced the official target of the federal government transportation safety policy was zero deaths. A few Vision Zero cities include San Francisco (which has integrated LiDAR at specific intersections), Boston, Chicago, New York, with a growing list.

Better Emergency Response Times: LiDAR has been used in a few ways to help law better detect and avert threats to smart cities. There is a range of use cases we’ve covered during LiDAR 101, from helping alert cities when there’s a fire, to smarter parking meters, and even using LiDAR on helicopters to monitor for threats of avalanches.

Infrastructure: LiDAR has been increasingly embraced by utility companies that are using the technology to collect information in time-sensitive environments. One example includes using LiDAR to detect areas where water pipes are at risk of bursting, a method employed in Australia.

Many have joined us in LiDAR 101 to weigh in on if regulations will help or hurt the democratization of LiDAR technology? The space is rather speculative, with privacy being cited as the main audience concern. While some legal standards have been recommended around autonomous vehicles, it is still rather ambiguous how this will affect citizens in reality.

According to the U.S. Department of Transportation and NHTSA, since 2016 there are three issued reports “ to inform the discussion of federal autonomous vehicle policies, suggesting best practices that states should consider in driver regulation; a set of voluntary, publicly available self-assessments by automakers showing how they are building safety into their vehicles; and a proposal to modify the current system of granting exemptions from federal safety standards.”

To keep LiDAR 101 focused, I am hosting a separate room to discuss privacy implications of AI in general on Fridays at 12pm EST on Clubhouse called " Unbiased Ethics in Data and AI".

To properly engage in a discussion of automation technology and the 4th industrial revolution, it’s relevant to examine the last wave, nearly 100 years ago. In 1915, most jobs required little formal schooling, and only an estimated 18 percent of the population ages 25 and older had completed high school. Most traded school for jobs, rather than careers. As a result, the economy was unpredictable, with varying ranges of unemployment rates, at 9.7%. The Industrial Revolution encouraged a shift from low-skilled jobs to education, impacting women and minorities directly to pursue further education for the changing workforce dynamics.

While fear is often associated with great change, like an automated future, I offer an alternative viewpoint. Automation will certainly change our job titles, just as the last wave changed titles from manual labor to machine operators. However, the shift from man to machine will continuously encourage education, innovation, and eliminate how manual labor impacts health negatively, while improving the quality of life for all.

Sensor Fusion - What It Means and How It Shapes Automation

Sensor fusion refers to using multiple sensors or types of LiDAR and data points to help achieve automated processes. From aggregating data points to using separate sensors to help inform one another, sensor fusion offers added benefits with richer, more diverse data. An example would be combining data from all: cameras, radar, and LiDAR on a ship to optimize efficiency and improve targeted actions. Targeted actions could range from collecting military intelligence (the Royal Navy in the UK uses LiDAR) to improving conservation efforts.

More commonly, sensor fusion is often debated for autonomous vehicles, but the common consensus: if you can have more meaningful aggregate data that will help you reach automation faster, then why wouldn’t you opt for sensor fusion?

If you want to continue the live conversation on how LIDAR technology is driving automation, join the LiDAR Technology Club (see image below), or add this week’s events to your calendar.

You can also follow me on Clubhouse @LexyReynolds to get notified when I'm hosting LiDAR 101, as well as Unbiased Ethics in Data or AI (12pm EST on Fridays), or Let's Talk POVERTY and Possible Solutions (10am EST on Fridays), among other passion projects of mine.

Riding the tailwind of a pandemic-induced digital craze, Alexandra Reynolds joined Metrolla to enable automation with LiDAR technologies from the ground up. With pending patents, Alexandra's invigorated by joining the first company to provide near-real-time access to data from LiDAR sensors.