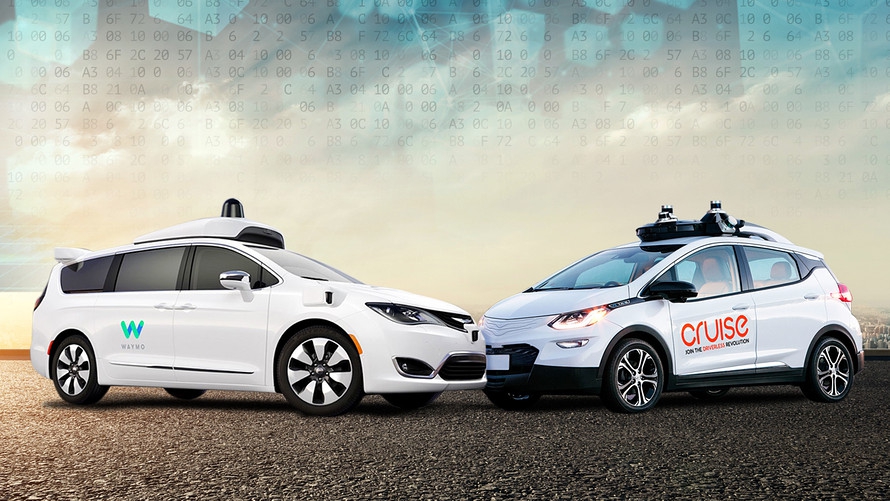 Alphabet Inc.' s Waymo took a big step forward last fall when it began ferrying riders around the Phoenix area in robotaxis without human safety drivers. Humans have been behind the wheel for almost all of the 20 million miles of testing the company says it's completed on public roads.

The driverless rides in Arizona don't mean the end for Waymo's human operators. Last summer, the company quietly finalized a multiyear contract with Transdev North America, which provides bus drivers, streetcar conductors and other transportation workers to airports and cities. The partnership is an acknowledgement that Waymo will be relying on test drivers for many years to come.

"For the foreseeable future, as we expand and are driving in some of these new areas, it's critical that we have vehicle operators," said Rocky Garff, Waymo's head of operations. "They're part of the equation that gets us to fully self-driving."

Rather than supply Waymo with contractors for its driving operations, the deal provides test-driving as a service-a subtle but key distinction. Transdev replaces a handful of staffing companies that have subcontracted drivers to Waymo. Under those previous arrangements, drivers could work for only two years at a time with six-month breaks between stints-a rule meant to shield Waymo from claims that it was their employer.

The partnership puts more legal space between the drivers and Waymo, allowing them to stay on indefinitely, as employees of Transdev. The value of the deal in its first year is in the tens of millions of dollars, and could eventually reach nine figures, according to someone with direct knowledge who asked not to be named discussing private business details.

For the new contract, Waymo required bidders to guarantee they'd hire drivers as full-time employees and to articulate a strategy for career development, according to a person familiar with the process. "We're working on having a much clearer career path for these operators," Garff said.

Before Transdev, the goal for many safety drivers was to get hired as a Waymo employee, also known as a "white badge," before the clock ran out. "Everyone's dream is to become a full-time employee through Waymo," said Morgan, a 26-year-old driver who was provided by the company for an interview and who asked to be identified by only his first name. Morgan started driving for Waymo in the summer of 2018 through Adecco USA, a staffing company that supplies about 70,000 temporary workers to hospitals, warehouses, factories and call centers. Until the Transdev deal, Adecco served as Waymo's chief source of drivers.

Morgan said he's glad for the change to Transdev. As he approached his one-year anniversary, he'd begun looking for other work. "I was definitely excited because I was kind of getting to that not-quite-panic point," he said. He also said that Adecco oversold the possibility of getting hired by Waymo. "I remember in my interview, they were like, 'Three people just got hired on full time,' but they didn't mention the size of the fleet, the positions they got hired for and what kind of experience they had." Adecco, in an emailed statement, said this does not square with its policies and procedures. "We are very clear that our roles at Waymo are temporary, not temp-to-hire positions," the statement said.

Two former drivers who worked under Adecco told Bloomberg they'd also held out hope of direct employment at Waymo. (The drivers spoke under condition of anonymity for fear of hurting future job prospects. ) But staff positions were scarce and the competition fierce. The promotion process, according to the former drivers, was opaque. Adecco managers were formally in charge of performance reviews but were rarely around. "I don't think I even went to an Adecco office ever, except to turn in my badge and equipment," said one of the drivers. "It was all Waymo all the time."

"Feedback from our associate base has been largely positive, and our employee care teams are entirely dedicated to addressing their questions, input or concerns," Adecco said in its statement.

Transdev's record as an employer isn't without its own controversies. It's faced multiple strikes in recent years from unions representing workers in public transportation services it operates in the U.S., including a weeklong strike in Phoenix in 2015, where talks stalled over salary, the company's approach to benefits and its bathroom break policy. Transdev also faces several open National Labor Relations Board complaints about working conditions.

Veena Dubal, a law professor at the University of California at Hastings who specializes in gig work and the tech industry, said technology companies want to directly employ as few people as possible in part to avoid liability, a consideration that's particularly germane in a field such as autonomous vehicles, where there's inherent physical risk. If a self-driving car with a test pilot is involved in an accident, Dubal said, Waymo could argue it hired Transdev specifically for its expertise in test-driving. "They could just employ everyone, protect them and say, 'This is the cost of doing business in the autonomous-driving world,' " she said. Waymo declined to comment on whether liability concerns were a factor in retaining Transdev.

Despite their complaints about Adecco, the drivers who were interviewed said Waymo test-pilot gigs aren't bad. "Not only do I get to drive around in a cool car all day," said Morgan, "I'm doing something that I think is going to change the future. And it's going to hopefully make roads safer for not only myself, but hopefully for my kids and for everybody else's kids."

Under Adecco, pay started at about $20 per hour. Most time was spent as a passenger, being driven around the sunny Phoenix suburbs. "I was telling my friends it was the greatest scam I had ever uncovered," said one former driver. "It was an awful lot of money for an awful little bit of work."

The greatest difficulty of the job, according to multiple former drivers, is staying alert through the dull, repetitive hours of cruising. One took breaks to do jumping jacks, rolled down the windows and turned up the radio to combat drowsiness. "You really go into podcasts," said another. Still, the driver said, not everyone stayed alert all the time. "We even had people eat full meals behind the wheel, which is not safe."

Drivers are keenly aware of the contradiction at the heart of their jobs. "The whole goal is to work to eliminate your own position, which is a really weird thing to come in everyday thinking," said one former driver.

Withholding the white badge is one of many ways Waymo reminds its drivers that it's looking forward to the day when they're no longer around. Both drivers and riders are instructed to keep interactions minimal. "It was a very awkward experience," said a former driver. "They're instructed not to talk to you. They're supposed to treat it like it's a completely unmanned vehicle."

"You could say hi," said another. "And then you would be quiet to try to simulate an actual self-driving car." and the number of “disengagements,” or times a human driver takes over control. Cruise co-founder and CTO Kyle Vogt believes this reporting method is a poor metric for comparing companies, and is causing companies to test and demo in easier environments in order to reduce reported disengagements.

In a post on Medium, Vogt says that at Cruise, disengagements are sometimes used as a courtesy to other drivers, or as a cautious reaction from the driver to a situation that could have been handled by the vehicle. He explains, “Have you ever been in the backseat of a human-driven car and felt the urge to grab the wheel when something crazy happens on the road? It’s exactly like that. ”

Autonomous vehicle (AV) companies need to be extra careful when it comes to safety, as well as the perception of safety. AVs working correctly is not news, but disengagements, running red lights, and crashes are very much news that could affect the perception of AV safety, independent of their actual safety record. This leads to the well-controlled demos that Vogt takes issue with.

“Companies carefully curate demo routes, avoid urban areas with cyclists and pedestrians, constrain geofences and pickup/dropoff locations, and limit the kinds of maneuvers the AV will attempt during the ride — all in order to limit the number of disengagements. Because after all, an AV is only ready for prime time if it can do dozens, hundreds, or even thousands of these kinds of trips without a human touching the wheel. That’s the ultimate sign that the technology is ready, right? Wrong.”

Vogt says Cruise will be releasing data that better conveys AV performance once their vehicles are ready for deployment. This will include, “a) data on the true performance of human drivers and AVs in a given environment and b) an objective, apples-to-apples comparison with statistically significant results.”

I am looking forward to this information and I hope it can more clearly convey AV safety, which often gets fudged and obfuscated with incomplete data. I’m sure autonomous vehicles will be a great thing for overall safety and accessibility at some point in time. But to know when that some-point-in-time is, we need a clearer picture of AV safety and how it really compares to human drivers in actual environments.